May Bank Holiday Monday saw one of Thunder’s most intense matches so far in the Superleague against Team Bath which ultimately saw Bath scrape a win.

The game saw neck and neck play for the whole 48 minutes where it is safe to say, no-one knew how it would end. The last Thunder clash with Bath saw a horror double header for the Manchester team to which Bath would harness that confidence to use against the black and yellows.

It wasn’t until Thunder had a rocky few minutes in the final quarter where Bath managed to take the lead and win 44 – 41.

Despite the loss, the game was the complete opposite to their last coming together, with Thunder staying equal to Bath and at some points in the game, finding themselves 5 goals ahead.

Team Bath were having to do a lot of passes to get into the shooting circle, yet Thunder managed to get deeper much more effortlessly thanks to special long passes from the likes of Laura Malcolm. It was body to body and talents equalled in many areas on court, but bullet balls from Bath were making Thunder interceptions in the centre third difficult and with their defence tightened, Thunder struggled to enlarge a goal lead.

Entering half time at an equal 23 a piece summarised how the whole game went! Champion’s quarter 3 couldn’t even decide the game so it went right down to the nail in quarter 4 but Serena Guthrie made some vital intercepts that changed the game, giving Bath a 3 goal gap that felt wider than the gap of London Underground as the game entered the last 3 minutes. 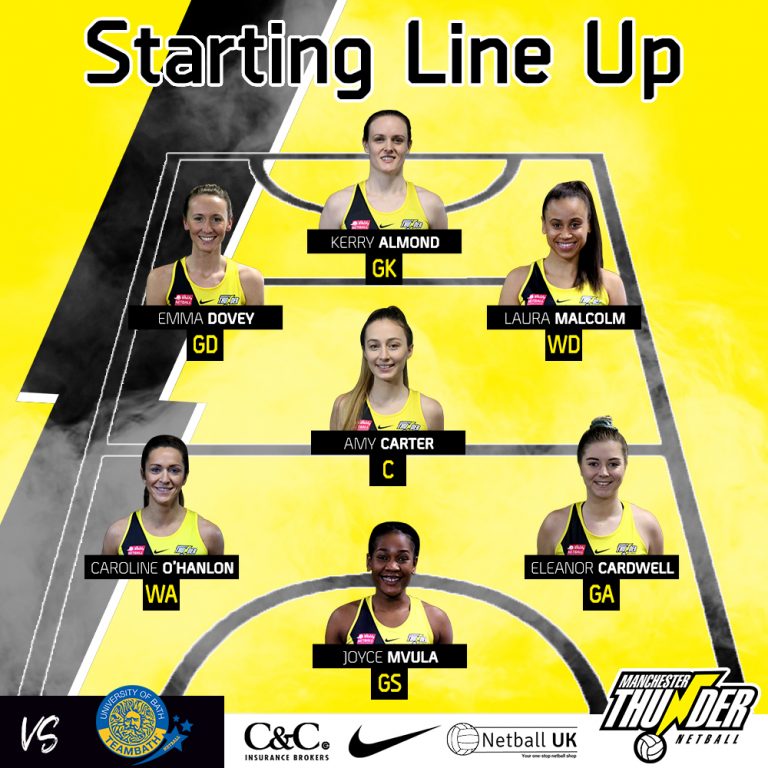 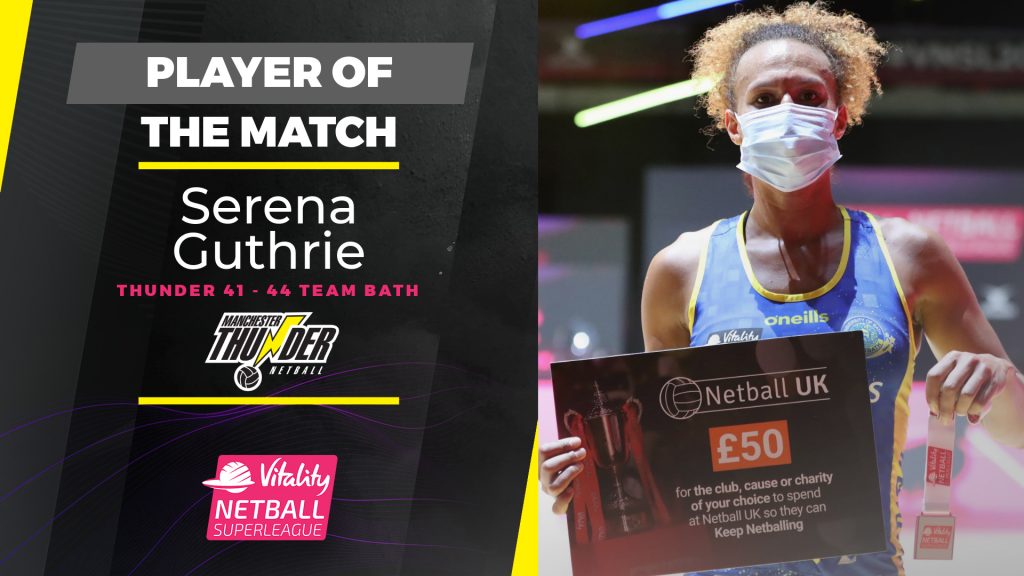 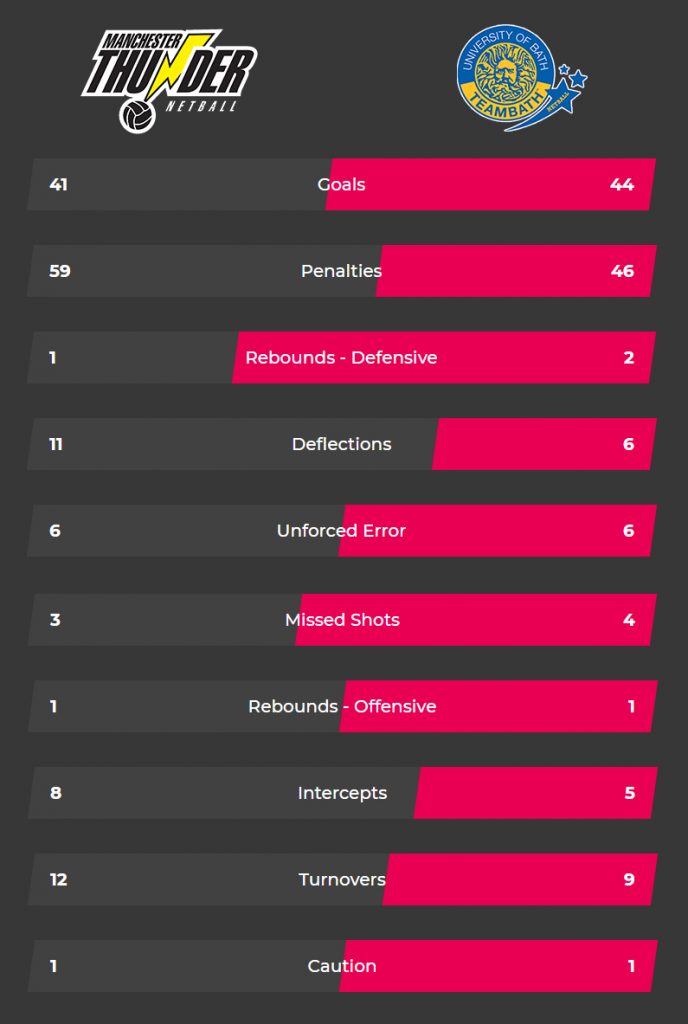