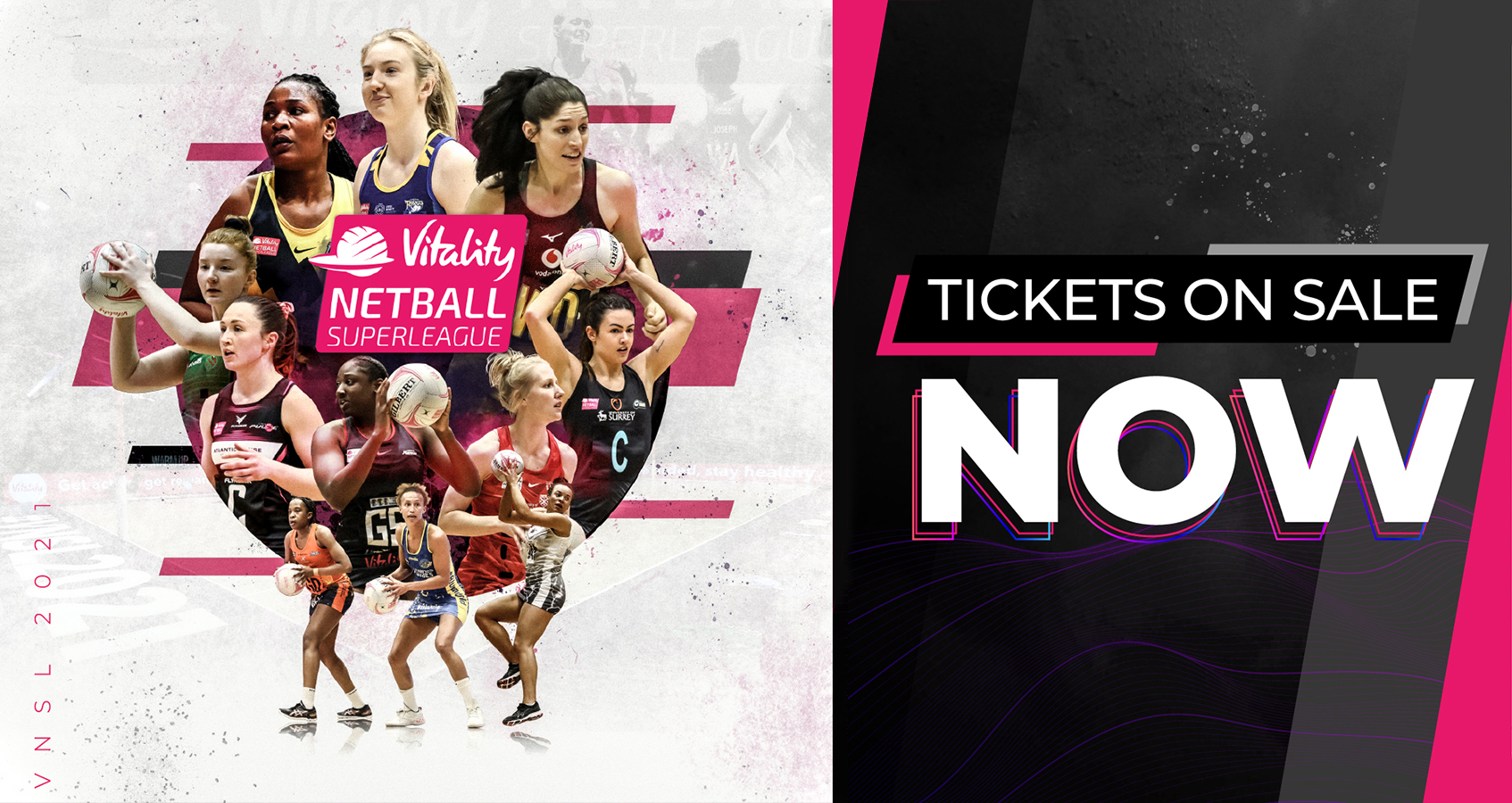 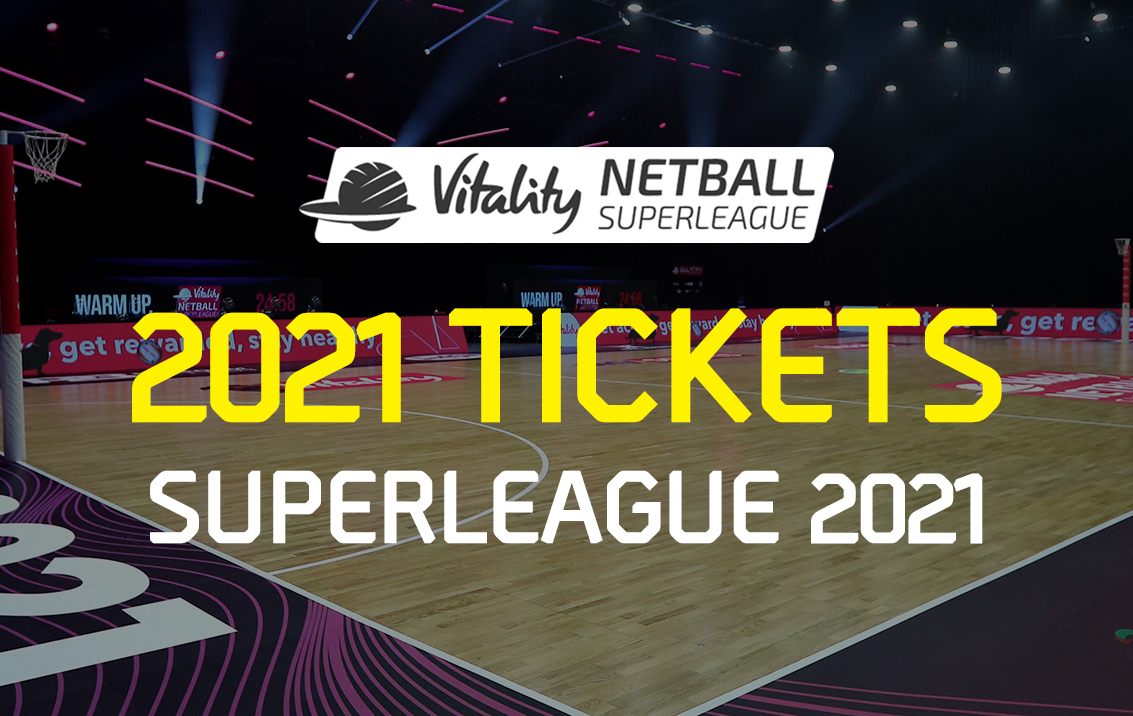 Please note that when you subscribe, you will be send an email asking you to confirm your subscription. If you click on the link, you will then be added to our mailing list. Remember – you can unsubscribe at any time using the links on the bottom of every email.

We are really excited to announce that England Netball is preparing for the return of spectators to the Copper Box Arena in London for the remaining games of the 2021 Vitality Netball Superleague (VNSL) season.

From 28th May, up to 1,000 fans per day will have the opportunity to secure tickets to watch the remaining rounds (17, 18, 19 and 20) of the most exciting, fast paced and thrilling VNSL season to date.

Full day tickets will be on offer as opposed to individual game tickets, which will see fans enjoy multiple games per day, in line with maximum daily venue numbers as per Government guidelines.

Tickets are expected to sell quickly with fans being able to watch some of netball’s biggest homegrown and international stars take to the court live in the VNSL since April 2020.

Separate plans for the Semi Final and Grand Final on 26th and 27th June are being worked on to coincide with the move to step four of the Government’s roadmap, which is planned for 21st June.

Ticket pricing is set and controlled by England Netball. Full day tickets are on offer as opposed to individual game tickets, which will see fans enjoy multiple games per day, in line with maximum daily venue numbers as per Government guidelines.

You will be able to purchase a maximum of six tickets to conform with COVID-19 guidelines.

Below are the dates Thunder are playing, along with ticket prices for adults and U16s: 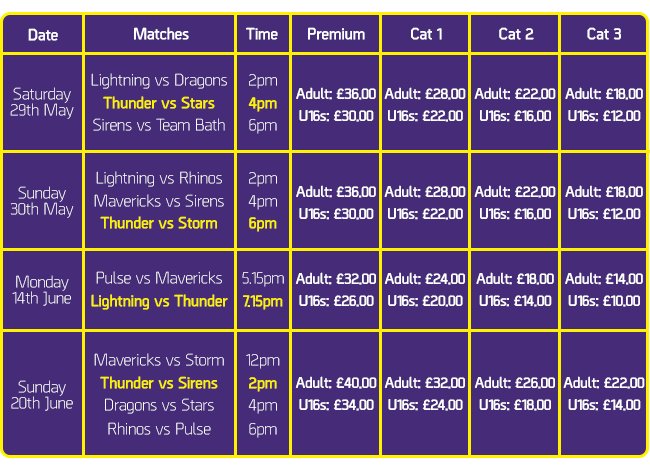 COVID-19 Protocols In The Venue

As part of the first stage of welcoming fans back to live sports venues, COVID-19 protocols will be in place for all matches. This includes:

• A ticket purchased is for the entire day, not one ticket per match
• Re-admission throughout the day is currently not permitted – once you have entered the venue, you’re there for the day
• COVID-19 screening upon arrival
• A one-way system in place to move spectators around the Copper Box Arena
• Masks to be worn at all times in the venue (if someone is mask exempt, they will need to bring their proof with them on the day)
• Fans to bring their own food and drink for the duration of their time in venue as there will be no catering facilities on site – drinking water is available in the venue
• A socially distanced seating plan in operation
• Merchandise will not be available to purchase
• Spectators cannot scream/shout/cheer and must adhere to a code of conduct

If you have any questions or problems with regards to purchasing tickets, please contact England Netball directly or click the FAQ button below: