Thunder quickly got back to winning ways after grasping a cool 54 – 40 win against the fiery Celtic Dragons but they certainly did not go down without a fight. Having won their first game, Thunder prepared themselves for a tough game against Celtic Dragons and they were not wrong.

With Thunder missing regular centre Amy Carter due to a minor knee niggle, Malcolm stepped up to the circle whilst Rebekah Airey covered Wing Defence. Quarter one was a toe-to-toe battle and by quarter four, and a large gap in scores, a much-improved Celtic still piled on the heat.

Dragons however, were hit with an injury blow during quarter two, when Laura Rudland went over on her ankle and had to be carried off court. This momentarily disorientated Dragons and allowed Thunder to get a foothold in the game so by the end of quarter three, and 15 goals scored to Celtic’s 8, the game seemed to be decided.

Thunder continued switching up their combinations bringing on new players like Alicia Scholes and Elia McCormick, which disrupted Dragons’ rhythm significantly. With each new player brought on, it seemed Celtic had to re-learn Thunder’s scoring methods so by the end of every quarter, Thunder’s lead grew. The green and reds were being forced to play very tightly and had to take numerous back-passes to get round Thunder’s ruthless centre third.

The black and yellows still had to deal with Dragons though, and with long distance shots from Rebekah Robinson, a win wasn’t going to be calmly handed over. Luckily, Thunder’s sharp shooter Joyce Mvula’s split landings were enough to give a gymnast a run for their money, but also gave Mvula a 97% score success rate which ultimately won her Player of the Match.

Both Laura Malcolm and Bekah Airey had some very strong interceptions which silenced any roaring comeback from Dragons and Thunder finished the game with a 14 goal lead. 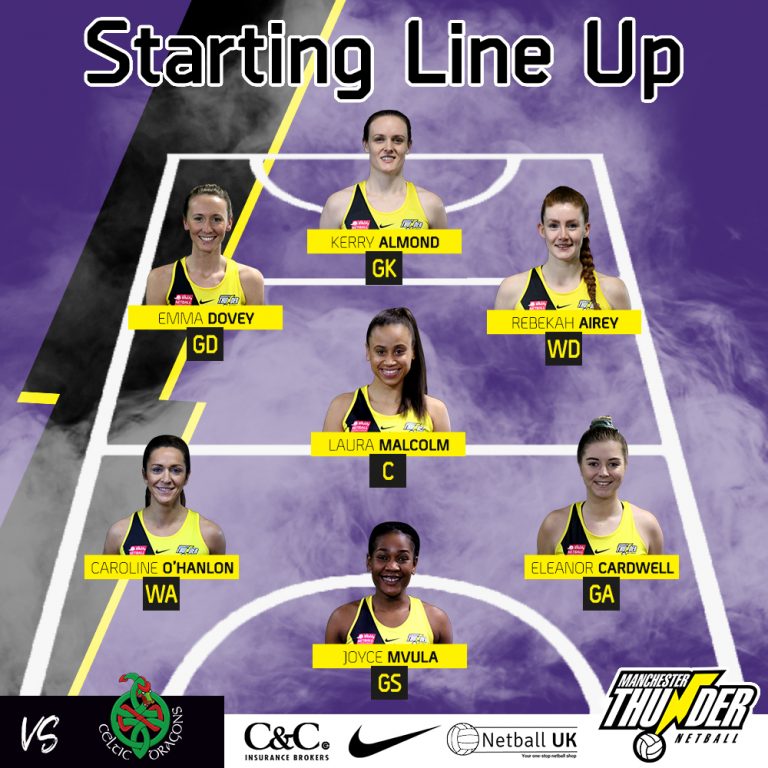 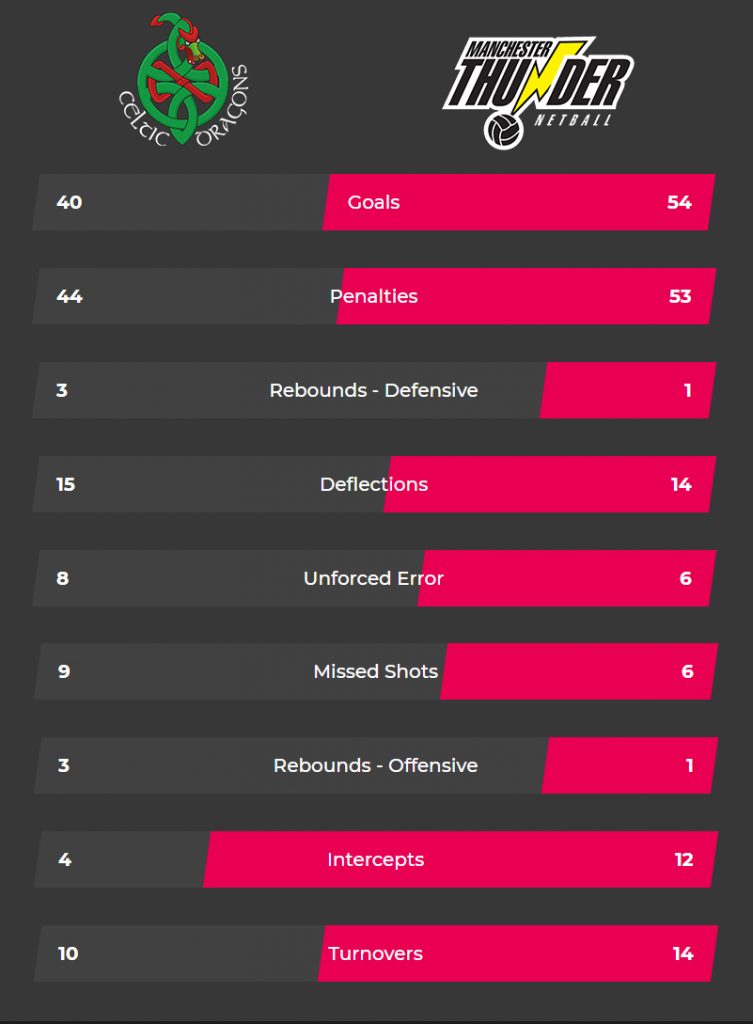