Thunder secured a convincing win of 60 – 46 against top four rivals Loughborough Lightning, putting them in great stead for semi-finals playoffs in just 11 days.  Thunder fans also got to witness Emilia Roscoe not only making her debut but even scoring, much to the appreciation of the crowd.

Despite the scoreline however, with every crack of Thunder, Lightning flickered after. The black and yellows knew that if they took their eye off the ball for one second, Loughborough would seize the opportunity to get their foot back in.

Thunder were kept high and Lightning achieved some great interceptions, in the first half especially. But the Manchester team counteracted with some incredible long shots, up into the stormy clouds, to then land perfectly in Joyce Mvula or Eleanor Cardwell’s hands for the pinpoint shot.

As the game continued, Loughborough Lightning started to make small mistakes that cost them the ball, which Manchester Thunder converted to goals. They weren’t letting up defensively though, everytime Thunder scored, they had to earn it. Goal Keeper Kerry Almond managed to contain the Loughborough shooting superstar Mary Cholhok to scoring just 32 goals, no easy feat against the 6.5ft Ugandan.

At half time, sky viewers got to hear from Manchester legend and Sky pundit Gary Neville, supporting Thunder and sister Tracey Neville from the stands, who was wooed by the longbombs but wanted to see more confidence from Joyce Mvula to take the shot.

Quarter three saw Eleanor Cardwell catch an incredible feed from the Mvula and her glue-like hands and ballerina balance gave a goal to reward her for such triumph. Even commentator Eboni Usoro-Brown couldn’t contain her excited squeals when Cardwell managed to hold on with the claw. An outstanding performance to bring to a close a very tense game. 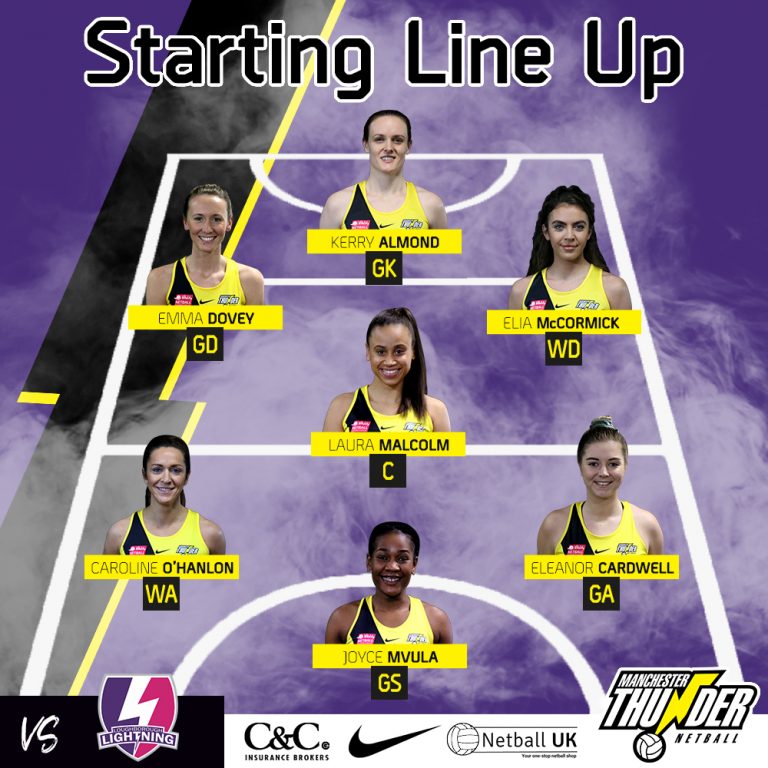 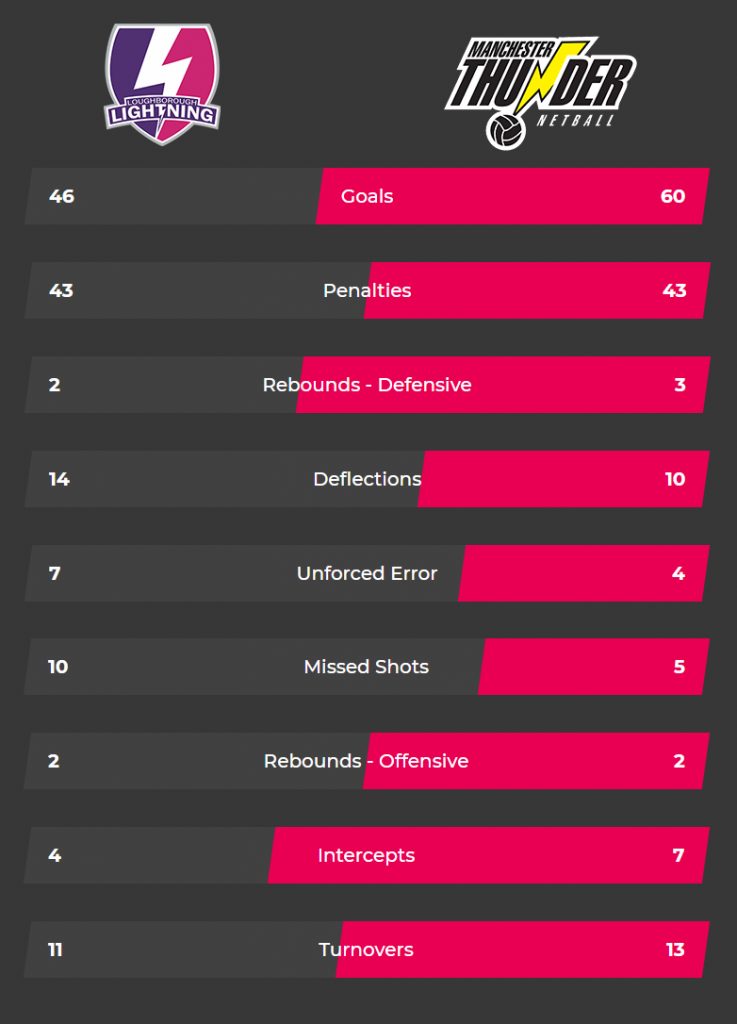