Another convincing win for Thunder against Saracens Mavericks, achieving a 60 – 42 score line as they get one step closer to sealing a spot in the playoffs to join Team Bath and Loughborough Lightning.

Amy Carter returned from a week out, so it was good for her to be back to a win like that. With her ability to constantly and consistently feed the ball to the circle combined with Joyce Mvula’s clinical shots and a 95% scoring rate, it was too much for Saracens to get a grip on.

There was a complete reshuffle to Mav’s starting 7 due to injury, and with New Zealander Jo Trip unable to fulfil her role as Goal Keeper due to illness, Saracens seemed disorientated from the outset. This re-shuffle did not seem to bother Thunder though, as Captain Emma Dovey said, ‘We never know what to expect so we play against what’s out there.’

Thunder started the game straight on the attack, taking no prisoners despite speedy Jodie Gibson’s repeated attempts at interceptions, but their chances were not converted into goals. Whether this was down to the strong Dovey and Kerry Almond relationship after working 13 seasons together, or Maverick’s making risky passes subsequently leading to wasted opportunities, it was an uphill battle from the get go for Mavericks, ending quarter one on 17-9 to the black and yellows.

The clean goals that followed in the remaining three quarters were brought from a trust the team have with Mvula, knowing she would get the ball from whatever angle it comes at her. Be it a leap or a dip, Mvula has more twists and turns than The Big One at Blackpool. And if Mvula somehow didn’t score, Eleanor Cardwell certainly did.

As the game started to mark its winners, Mavericks frustration slowed their momentum. Whilst Caroline O’Hanlon’s experience was able to add to the defensive pressure, this gave Head Coach Karen Greig a chance to give some court minutes to the bench of youngsters. Berri Neil and Lois Pearson goals weren’t created with the same conviction Mvula had so the team had to work harder to give them a good pass but they have no trouble slotting them in once the ball was in hand. 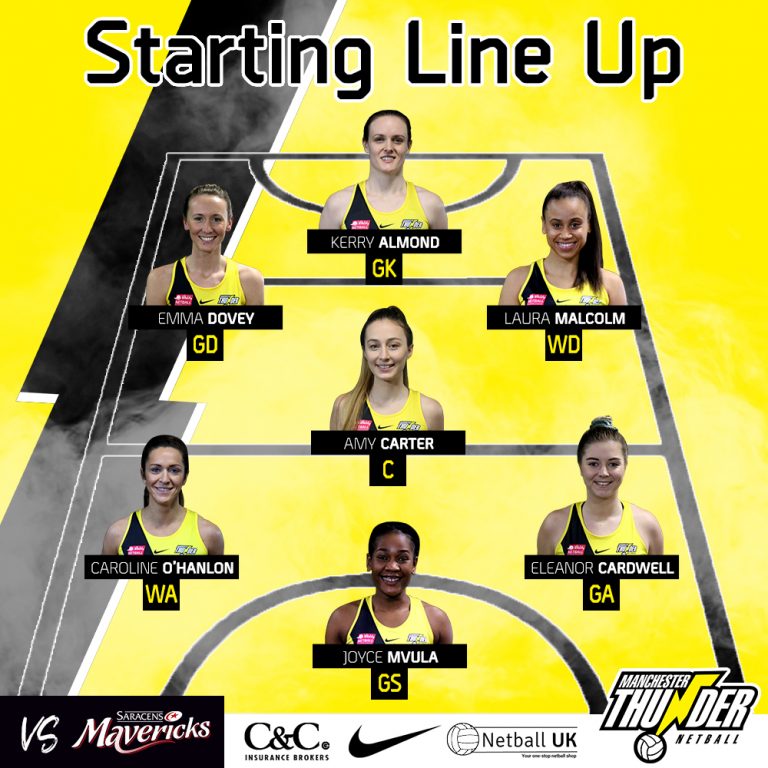 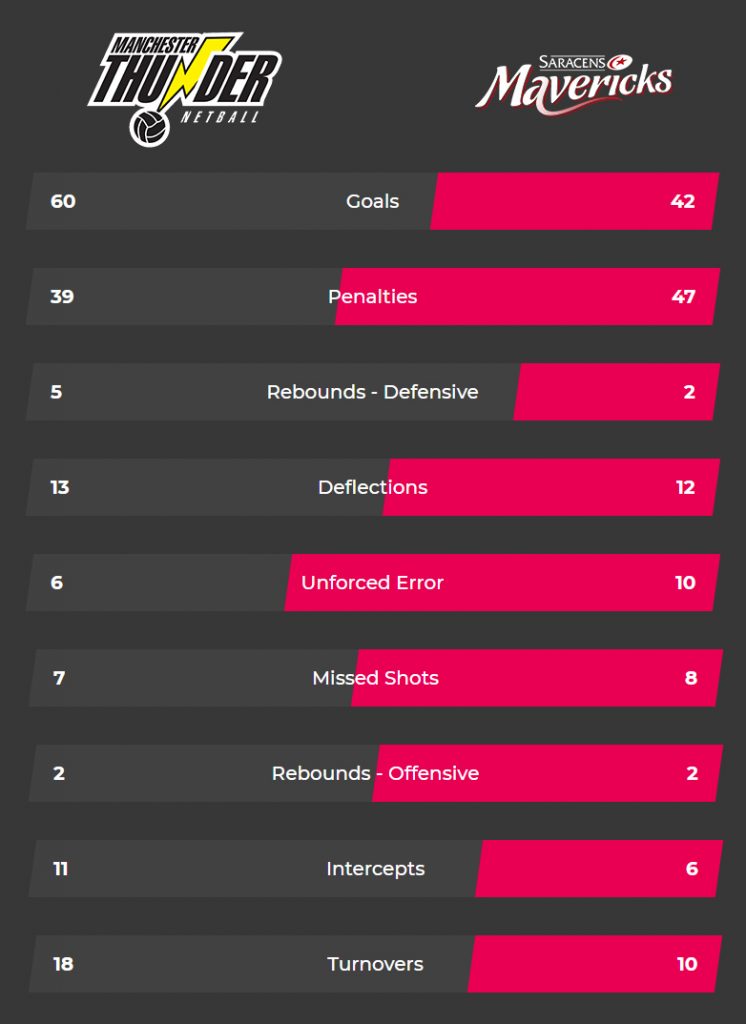