With a win in their sails against Loughborough Lightning the previous day, Thunder jumped from fifth to second in 48 short minutes with a confident 22-goal win over Saracens Mavericks 59-37.

Mavericks entered the game on a high having brought Team Bath’s unbeaten run to an end the previous evening in a one goal thriller at Production Park Studios.

The starting seven saw Elia McCormick earn her starting debut for the black and yellows after impressing in the victory over Lightning.

Head Coach Karen Greig backed this up in her pre-match interview: “I thought Elia came on and did a fantastic job yesterday; she’s a youngster, she’s fearless and gets stuck in. You give her a job to do, and she’ll go out there and do it. She’s a real hassler, she’ll be on your back, I think she won us the ball yesterday at crucial times so why not give her a start.”

Thunder opened the game confidently and were in control from the start, picking up where they left off with a tough through court defence and shooting star Joyce Mvula playing a more varied game coming out of the circle to get Mavericks defence thinking. Laura Malcolm read the game well, making some great interceptions which, thanks to her influence, the team were able to continue the success to the net. Thunder took advantage of any errors from Mavericks to give them a six-goal lead when the opening quarter ended, 15 – 9 to Thunder.

The confidence from quarter one continued into the second quarter with Mvula continuing to slot the goals in with ease. Thunder looked fresh and intense against Mavericks with Mvula and Malcolm looking especially strong when facing Saracens defence. Amy Carter at centre was a total whirlwind of energy keeping the whole pace of the game going to stop Mavericks catching up whilst Cardwell achieved some great takes. Thunder’s hard work gave them a strong half time score of 30 – 20 and Mavericks just had no answers and looked like the excitement of their win the night before had taken a toll on them.

Captain Laura Malcolm said: “We can expect them to come back at us. Nothing is done in this league until that final whistle. We could be a lot more clinical with ball and there’s a lot of things we need to tidy up. That error rate, just instead of holding that ball we’re just chucking it away like I did in that last one, I don’t doing like that. I prefer getting that turnover and take it down and it lifts everybody when we do that so more of that.

Quarter three saw Thunder keeping the pace, with Kerry Almond and Rebekah Airey combining well in defence. Their turnovers allowed Thunder to hold onto and increase their lead to 11, with a score of 40 – 29 with Mavericks trailing behind, despite trying to impact with player changes.

Quarter four saw Karen give more court time to Elia McCormick and Alicia Scholes, the changes didn’t impact as Eleanor Cardwell and Joyce Mvula’s kept the scoreboard ticking over. At the other end of the court, a great section of play from Airey saw her hit the deck but recover to take a cracking interception out of the grasp of Brit Clarke and was subsequently converted to a goal for Thunder. Mavericks just couldn’t match Thunder’s intensity led by captain Malcolm. Thunder ran until the end with a last gasp shot from Mvula sealing the game with an impressive score of 59 – 37 to Thunder. 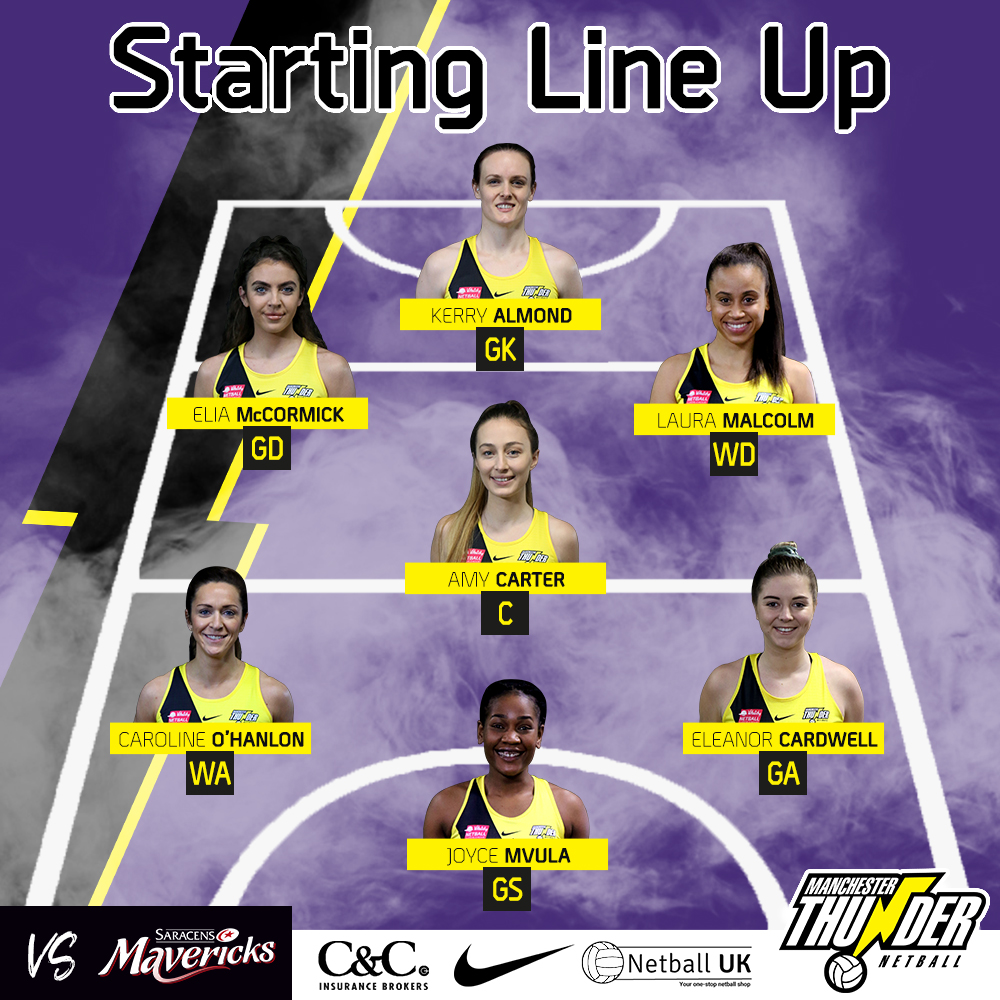 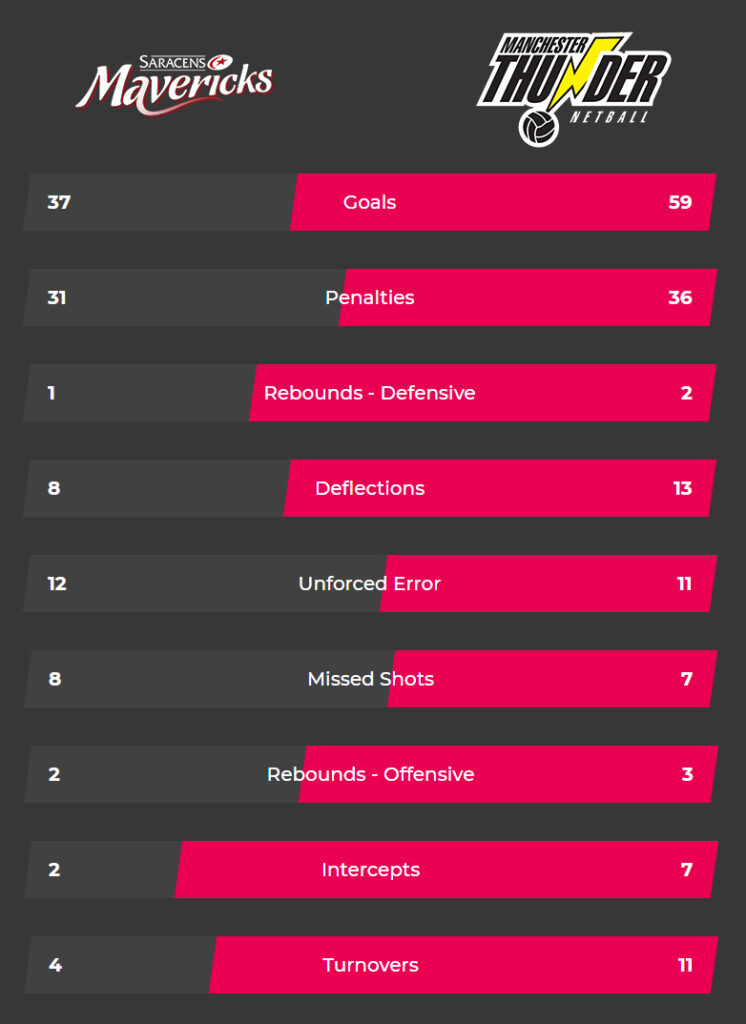