Despite London Pulse being hot on the heels of reigning champions Manchester Thunder, the black and yellows prevailed with a win following their 2-week break from VNSL.

With the return of injured Captain Emma Dovey, Thunder managed to stamp their authority on the game in the final quarter to win 50 – 42.

Thunder added to their winning streak to make it 7 wins in a row since their shocking double lose against Bath and Wasps in rounds 5/6.

In contrast to the dominance Thunder showed Pulse in their last coming together back at the start of the league when the score was 57 – 30, Pulse stayed hot on the heels throughout the majority of today’s game being quick on the through court.

But with Caroline O’Hanlon coming into her own, perfecting WA and making her presence known, Pulse were always going to struggle. Their flow was continually disrupted, and once Thunder had blown the cobwebs away by quarter 3, Thunder’s passes became as smooth as Sinatra.

It wasn’t until quarter 4 that Pulse began to lose their momentum, which combined with Kerry Almond’s hustle and Eleanor Cardwell scoring her classic, composed long range shots, gave Thunder the chance to overcome the challenge that Pulse set and grind out a win. 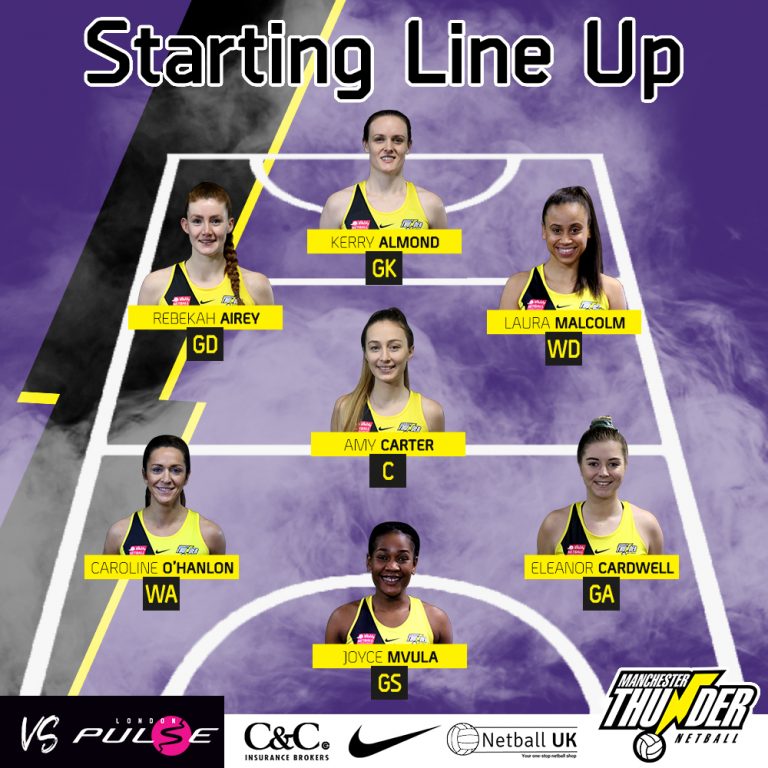 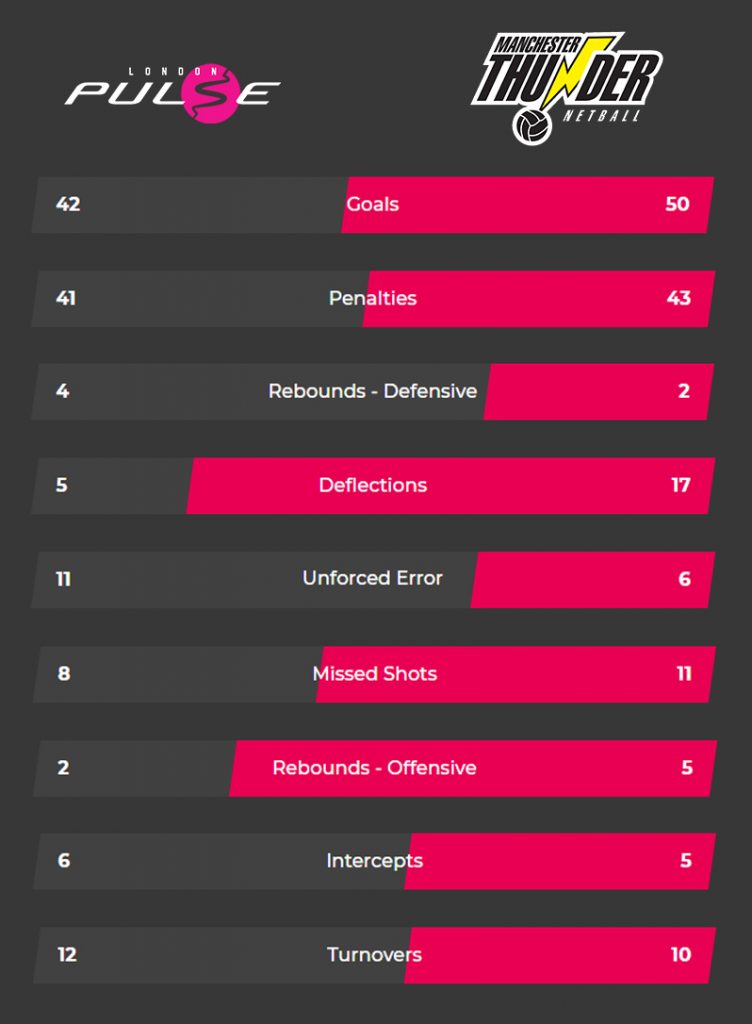