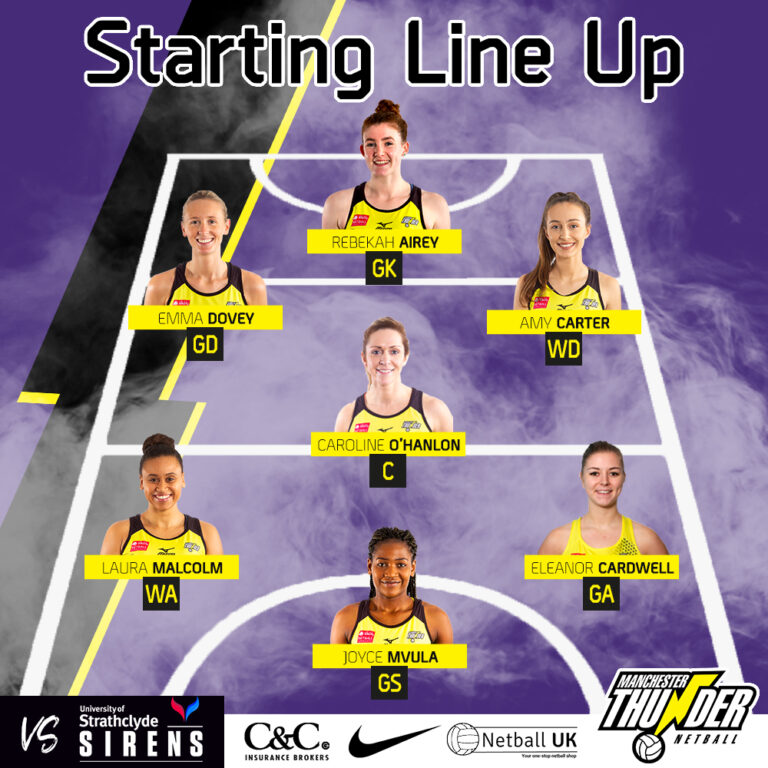 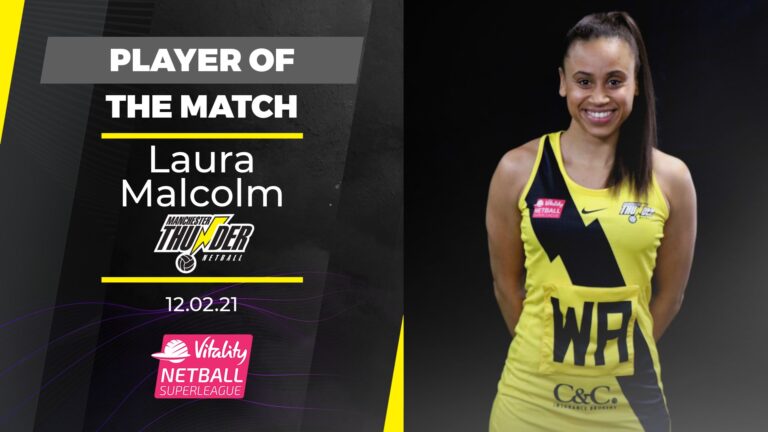 With the reigning champions walking out again on court, ordinarily you would expect a level of strong confidence coming from Thunder. However, this has not been an ordinary year and there is nothing ordinary about this team!

With a rocky start, Strathclyde Sirens had real pace which outshone Thunder and, after a great last second goal from Siren’s Lynsey Gallagher, they found themselves with a 4-goal lead and a score of 8-12 to Sirens. After a few hesitant, scrappy throws between Thunder players, you could see the frustration growing amongst the girls and the pressure growing to turn it around.

Entering the second quarter, after a strong word from Head Coach Karen Greig and a switch between Malcolm and O’Hanlon, we saw a sudden drive from the girls, with short, strong passes. This structure gave Mvula and Cardwell more opportunity to shoot and as a result, managed to bring Thunder to the front again, gaining a 4-goal lead by half time on 23-19.

At half time, Captain Emma Dovey said, ‘Hopefully that’s the cobwebs blown away for the season’.

Entering Q3 with the upper hand did not however mean less effort, with Strathclyde Sirens really trying to reclaim their lead. Emma Dovey received a caution for her obstruction, but this did not seem to knock Thunder’s confidence. As the game progressed, Sirens were really being made to work by Thunder who have gained their momentum and it was clear the gap was slowly widening with the third quarter ending on 33-25, an 8-goal difference.

A lot of strength needed to be shown in the final quarter to seal the win for Thunder as Sirens still showed the belief they could claw back and win. Carter and Pearson brought on to reinforce the strength, whilst experienced players like Malcolm achieved some great intercepts, allowing Thunder to add to their lead. Thunder read the game well and added 2 goals for every goal Siren’s score. 4 minutes from the end, Karen took the opportunity to make some changes as it seems the game was now won, and Thunder need to just see the game out. That didn’t mean the younger players showed any less talent and the game ended on a convincing 53 – 36 to Thunder.

Following the game, Head Coach Karen Greig said, “Definitely not happy with the start but we gradually chipped away and got there in the end. We were far too wasteful with the ball especially from live turnover, it just wasn’t good enough and that’s something we’ll have to address this coming week. Definitely a lot to come, [and] the changes helped us adding defensive pressure. Quarter 4 saw a lot faster ball speed which made it difficult for Sirens. It was great to get the young guns on tonight – we had 4 debutees on tonight so I’m really proud of them. Lois has stood out all pre-season and we’ve been well aware of her since she was 12 so was great to see her perform well tonight. It was great seeing what Kerry back. Her face might not show it but she loved it. She’s only been training 4 weeks so the more we get into it, the more we’ll get out of her.” 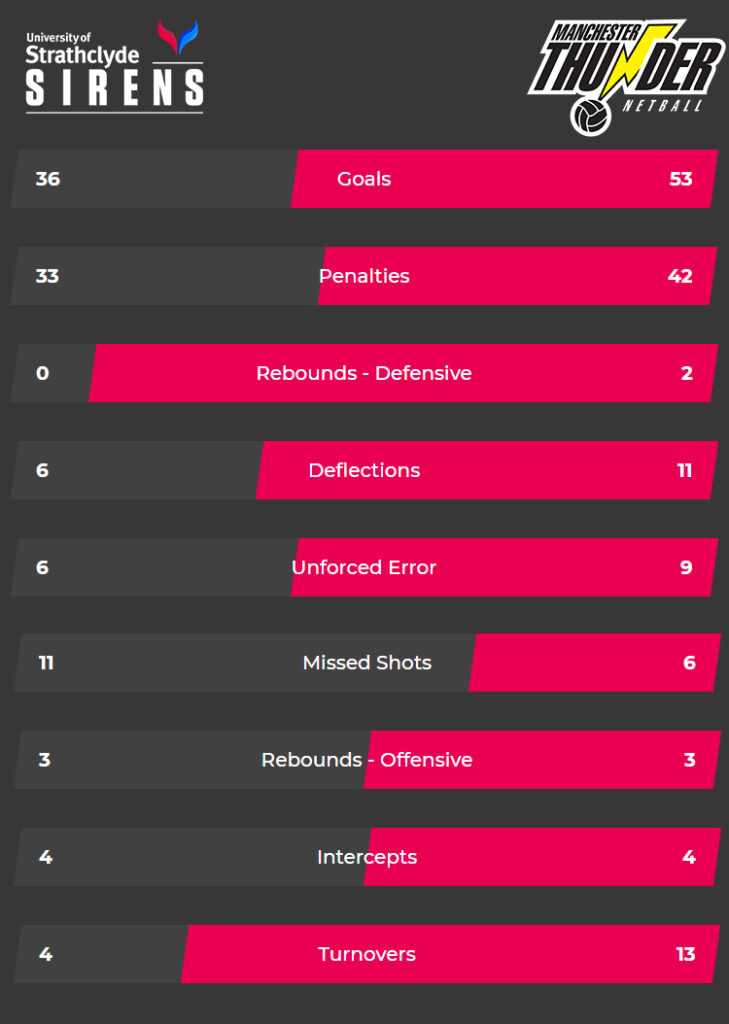