Thunder achieved their most purposeful win to date against Severn Stars today, confirming their spot in the top 4 and ready for the playoffs.  This was made even sweeter by the presence of fans in the audience. It has been over 14 months since we have heard the ‘oohs’ and ‘aahs’ from the stands and makes all the difference to gameplay.

However, what looked like a convincing win of 55 – 43,  doesn’t reflect the work Thunder had to put in to keep stars at bay.

Thunder weren’t allowing the Stars any breathing room throughout the game, but Severn’s defence forced Thunder to pass back a number of times to try and get the ball into a circle. Thunder however had done their homework so knew that if they forced the ball further away, it made things more difficult for Stars to track.

A strong quarter two of 17 – 10 gave the black and yellows a boost of confidence and scrambled Stars who brought on their third goal keeper of the game before it was half time. There was great tracking of the ball from Amy Carter and Laura Malcolm whilst Eleanor Cardwell had that much trust in Joyce Mvula, she completed a backpass without even needing to look.

Captain Emma Dovey still kept her eye on the ball knowing that Stars would fight tooth and nail at any chance they got, and that they did in quarter three. Thunder had a 27 goal lead mid quarter 3 in the last coming together, a vast difference to the 9 goal lead in today’s game. The much improved Stars closed the gap to just 5 at one point so quarter 4 was all to play for.

Caroline O’Hanlon set the tone living up to her ‘force of nature’ nickname until all 5 Thunder Pathway youngsters swarmed the court like bees to continue the lead, including Millie Sanders in goal keeper who made her debut. 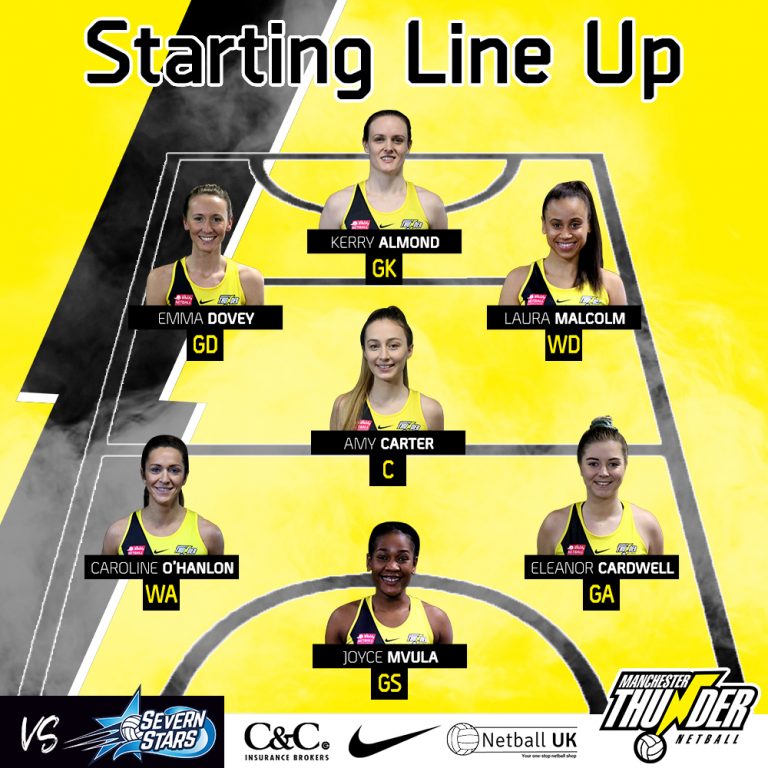 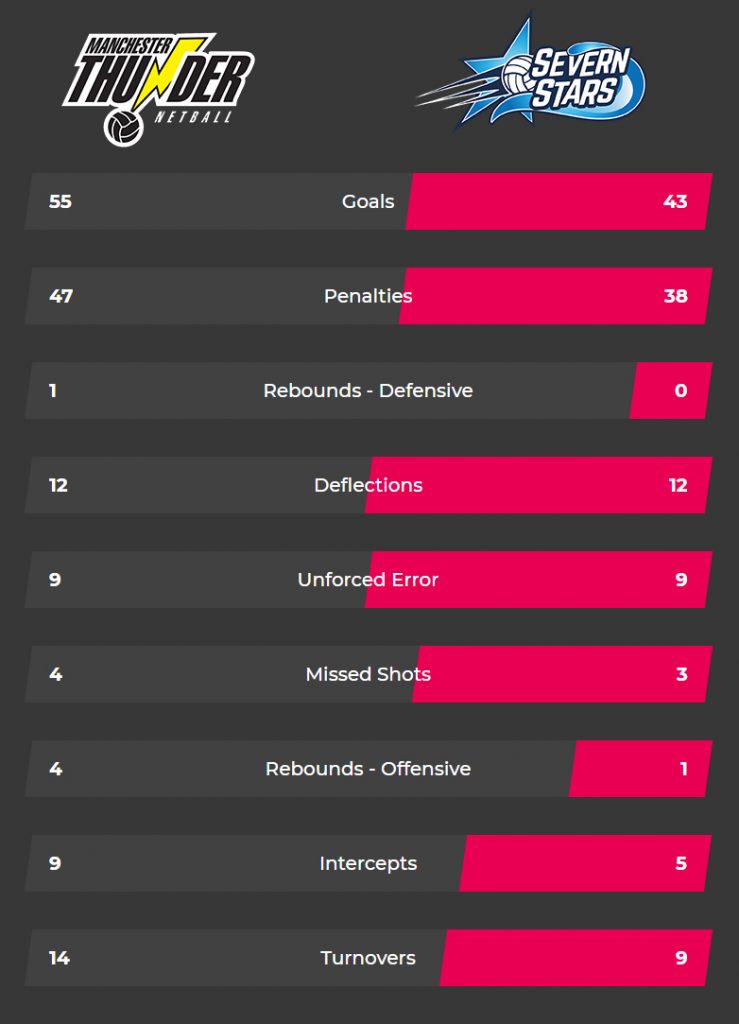