Manchester Thunder have done what very few teams have done before us and gone all 20 rounds of the 2022 Vitality Netball Superleague season undefeated, ending the season with a dramatic 71-63 win against second place Loughborough Lightning on Monday night. Only 3 clubs have ever gone through a regular season unbeaten – Team Bath, Surrey Storm and Manchester Thunder. The last time Manchester Thunder went unbeaten was in 2015, however we ended up losing 41 – 48 against Hertfordshire Mavericks in the Semi-Final, before beating Yorkshire Jets in the Finals to secure third place.

This season, Thunder have taken the league by storm, having posted scores of 80 or over on three separate occasions, including a record-breaking 88 goals against Wasps on Saturday 23rd April – an average of a goal every 40 seconds. A score of 80 has never been seen in the Vitality Netball Superleague before we did it for the first time this season.

Now that the regular 2022 season is over, the top four in the table will head to the Semi-Final play-offs. With Manchester Thunder finishing the season at the top of the table, we will take on fourth place Team Bath in the Semi-Finals at our home venue on Jubilee bank holiday Friday 3rd June at 6.30pm. Second place Loughborough Lightning, who are the current Superleague champions, will play at home against London Pulse at 8pm on Friday 3rd June.

Having just returned from the Australian Suncorp Super Netball to sign for Thunder, England Netball international Natalie Metcalf said, “Making the Final four with a few rounds games left was an awesome achievement for us and we know there’s still a long way to go yet.”

“From a Thunder perspective, you always want to go in wanting to win as soon as you step onto court but we always want to be able to play the Thunder way and focus on our performance. If we play well and do a good job and stick to the task then hopefully the result would speak for itself.”

“I think that when you get to the Final four anything can happen so I think for us it’s just exciting to be here,” added Metcalf. “I want to be able to compete and obviously get to that Grand Final more than anything but for us it’s about focusing on the final game, finding good form, going into the finals and playing a good Semi-Final and seeing where that takes us.” 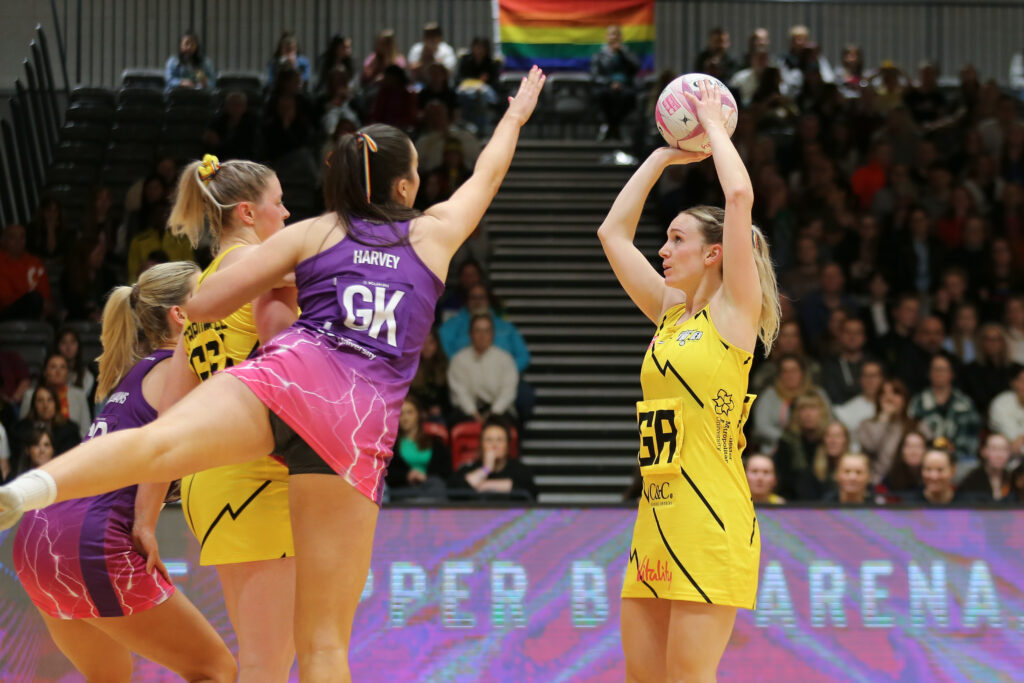 One of the huge driving factors of our success this season have been our partners and sponsors, who have contributed towards the investment in the team, both on and off court in new signings, the performance coaching team, nutritionists, physios, training facilities and more. One such partner is nQ legal, who are the official legal partner of Manchester Thunder and sponsors of Head Coach and Director of Netball, Karen Greig. Led by commercial lawyers Tony Brook and Carol Thompson, and a small select group of consultants, they specialise in providing legal advice and consultancy services to businesses and individuals involved in entertainment, sport, the arts, media, music, retail/leisure and the creative industries.

Carol Thompson from nQ legal said, “It’s been a really exciting season so far, with the return spectators and with Manchester Thunder making history with their winning run. The atmosphere at the home games has been electric. We are delighted to be part of the set up and to continue our long- standing support of the club. We are very proud of Thunder’s achievements so far and our commitment is to help the club continue to develop and achieve success. We wish them huge success for Finals weekend.” 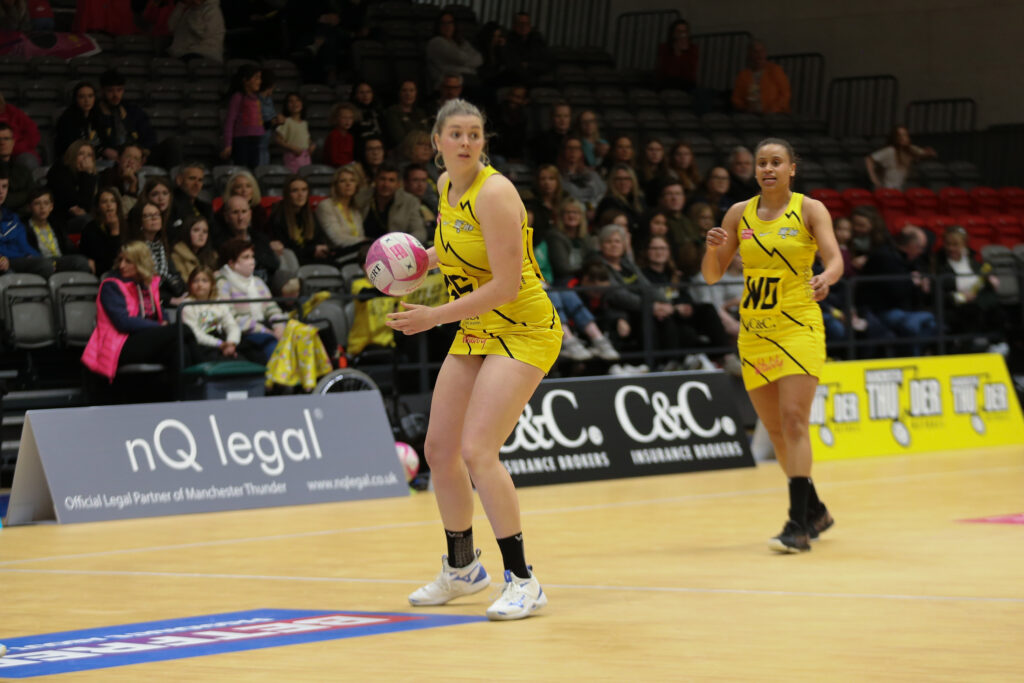 We are inviting everyone to attend our Semi-Final match at Belle Vue on Friday, to experience the amazing atmosphere in the Thunderdome and to create as much noise as possible to help us secure our place in the Grand Final on Sunday 5th June at the Copper Box in London.

If you want to buy tickets for the Semi-Final at 6.30pm on Friday 3rd June against Team Bath, you can get them at www.manchesterthunder.co.uk/tickets. Alternatively you can watch the game live on Sky Sports from 6pm.

If you want to find out more about nQ legal and what they can offer you, please visit www.nqlegal.co.uk. 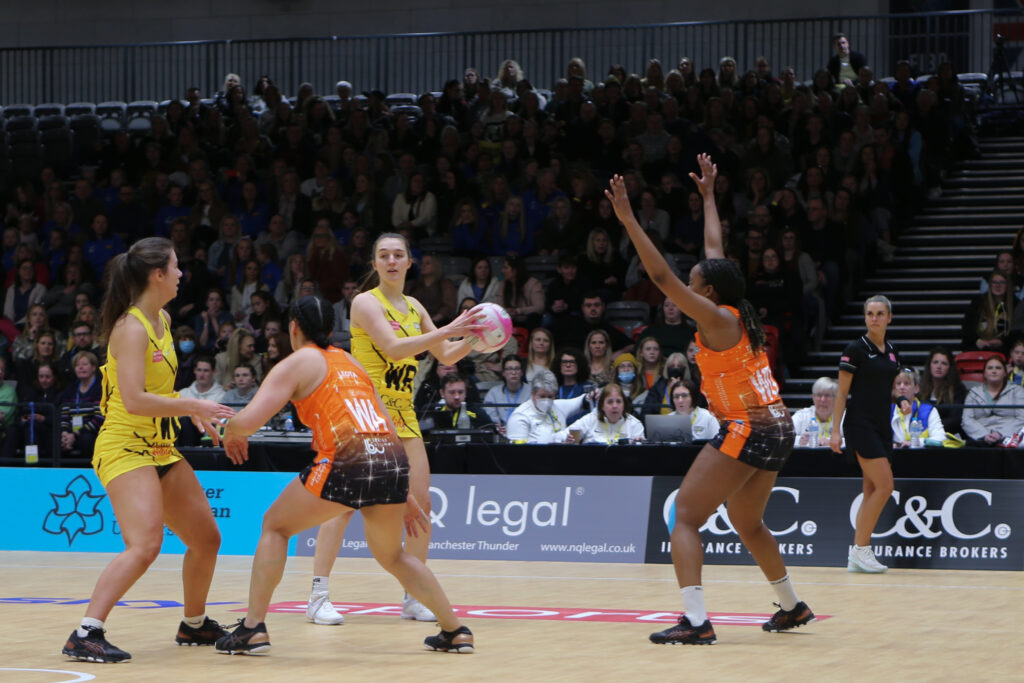 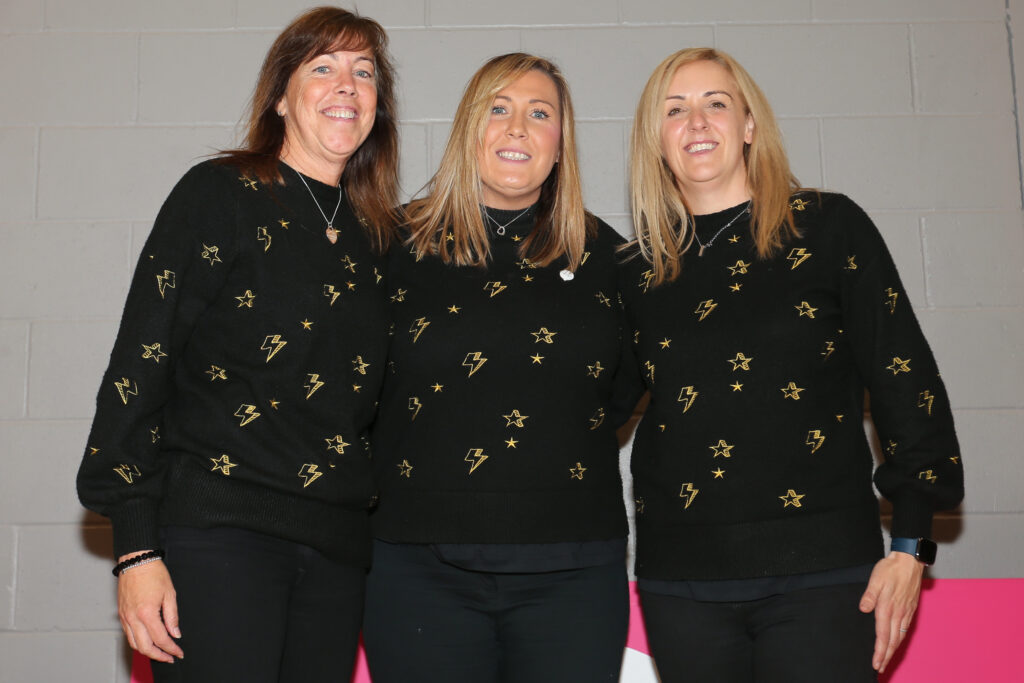